Adele caught up with Tessa at the Romantic Times Booklovers conference in Las Vegas.

We also asked some readers what they love about the romance genre.

(If you’re on a mobile device, use iTunes, Audioboom or your favourite podcast app.)

Trained as a librarian, Tessa Dare’s writing career began after winning the first Avon FanLit competition in 2005.  The Romantic Times called her first novel, Goddess of the Hunt, ‘… a daring debut…From the hilarious opening to the poignant climax, Dare uses wit and wisdom, humor and sensuality .’ 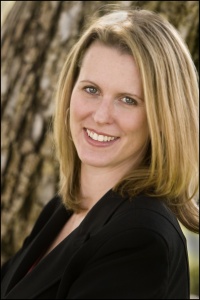 She is now the New York Times and USA Today bestselling author of thirteen historical romance novels and four novellas. Her books have won numerous accolades, including Romance Writers of America’s prestigious RITA award and multiple Romantic Times Book Reviews Reviewer’s Choice Awards.  Booklist magazine named her one of the ‘new stars of historical romance,’ and her books have been contracted for translation in more than a dozen languages.