Between them, this episode’s guests have written award-winning opera, plays, poetry, young adult and children’s novels, essays, columns, and goodness knows how many grant applications and submissions to government.

So we asked them about writing across so many different forms and genres.

Jane Harrison is a descendant of the Muruwari people of NSW and an award-winning playwright. In 2002, her first play, Stolen, was the co-winner of the Kate Challis Award. It has since been performed across Australia as well as the UK, Hong Kong and Japan. Rainbow’s End toured to Japan and played in 33 venues throughout Australia, and won the Drover’s Award for Tour of the Year in 2011.

Jane’s essays include ‘My Journey Through Stolen’, the award-winning ‘Healing our communities, healing ourselves’, and ‘Indig-curious; who can play Aboriginal roles?’
Her young adult novel Becoming Kirrali Lewis was published by Magabala Books in 2015. Jane was director of last year’s Blak and Bright literary festival.

Apart from the many projects and forms she discusses in this episode, Jane is also working on a stage adaptation of her story from the anthology Writing Black, and turning a play (The Visitors) into a film. 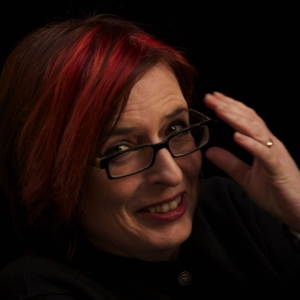 Alison Croggon is a poet, critic, opera librettist, playwright and bestselling author. Her beloved Pellinor novels have sold half a million copies around the world. Her young adult novel Black Spring was shortlisted for the NSW Premier’s Literary Award, while The River and the Book won the Wilderness Society’s environmental writing prize.

Her poetry collections include This is the Stone, Ash, The Blue Gate and Theatre. Her opera libretti include Mayakovsky, Flood, and The Riders, which won two Green Room awards. She is one of Australia’s leading theatre critics and a columnist for Overland journal. And she has just launched her new self-published collaborative project, Fleshers.

Her New and Selected Poems has just been published.