Our three guests for this episode lead the vanguard of contemporary realism in young adult fiction written in and about Australia, and published internationally.

Cath Crowley, Simmone Howell and Fiona Wood write about grief, about place, about love, about coming of age and most of all they write about friendship.

And that’s what they’re talking about on Unladylike. 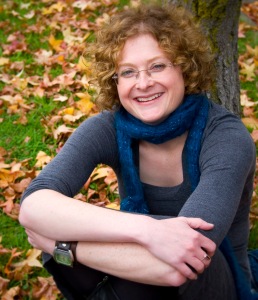 Cath Crowley grew up on a property that was a long way from town, reading the adventures of Trixie Beldon, Nancy Drew and The Wolves of Willoughby Chase. After studying radio production and literature at university, she became a teacher overseas. In 2004, she published The Life and Times of Gracie Faltrain, about a brilliant soccer player, and became a full-time writer.  The remaining Gracie Faltrain titles followed as well as Chasing Charlie Duskin and Graffiti Moon. It was for Graffiti Moon that Cath was awarded the Prime Minister’s Literary Award for Young Adult Fiction and the Ethel Turner Award for Young People’s Literature.

Simmone Howell is an award-winning short story-writer, and screenwriter. Her short film Pity24 won an AWGIE award and has screened at film festivals such as the London Australian Film Festival and Los Angeles Shorts Fest. Her realist teen novels Notes from the Teenage Underground, Everything Beautiful and Girl Defective feature prickly outsiders, rebels and pop culture icons. Notes from the Teenage Underground won the Victorian Premier’s Literary Award for Young Adult Fiction and the Gold Inky Award.

Fiona Wood started her writing career in scripts working on television dramas like The Secret Life of Us, Neighbours and MDA. In 2010 she debuted as a strong new voice on the young adult scene with Six Impossible Things. Her sophomoric title, Wildlife, won the CBCA Book of the Year Award for Older Readers, and was shortlisted for the Victorian Premier’s Literary Award, the Queensland Literary Award and the NSW Premier’s Literary Award, Ethel Turner Prize. Her latest book is Cloudwish.

Cath Crowley’s Gracie Faltrain trilogy, Chasing Charlie Duskin and Graffiti Moon are published by Pan Macmillan in Australia and New Zealand, and by Knopf in the US. Her new novel, Words in Deep Blue, will be released in August.

Simmone Howell’s Notes from the Teenage Underground, Everything Beautiful and Girl Defective are published by Pan Macmillan in Australia and New Zealand, and by Bloomsbury and Simon and Schuster in the US.

Fiona Wood’s Six Impossible Things, Wildlife and Cloudwish are also published by Pan Macmillan in Australia and New Zealand, and by Little Brown in the US.